Danny has been serving in ministry leadership positions since his college days in 1982.  During his years of ministry he has served in many different ministerial arenas including youth ministry, music/worship ministry, counseling, education, family ministry, and senior pastoral ministry.  Danny has had the privilege to serve in ministry fields ranging from Orlando, Florida, to Endicott, New York and many places in-between.

Educationally, Danny earned a Bachelor’s Degree in Music from Mars Hill University and a Masters of Divinity Degree from The Southern Baptist Theological Seminary in Louisville, Kentucky.

In 2010, Danny and his family felt called to leave his pastorate in Bloomfield, New Jersey, and move back to his extended family’s homeland here in McDowell County.  Shortly after arriving in Marion, Danny became Chaplain of the Marion Minimum Security Unit and an Assistant Chaplain at the Marion Correctional Institution.

Danny’s hobbies include music, writing, sports of all kinds, golf, and hiking. 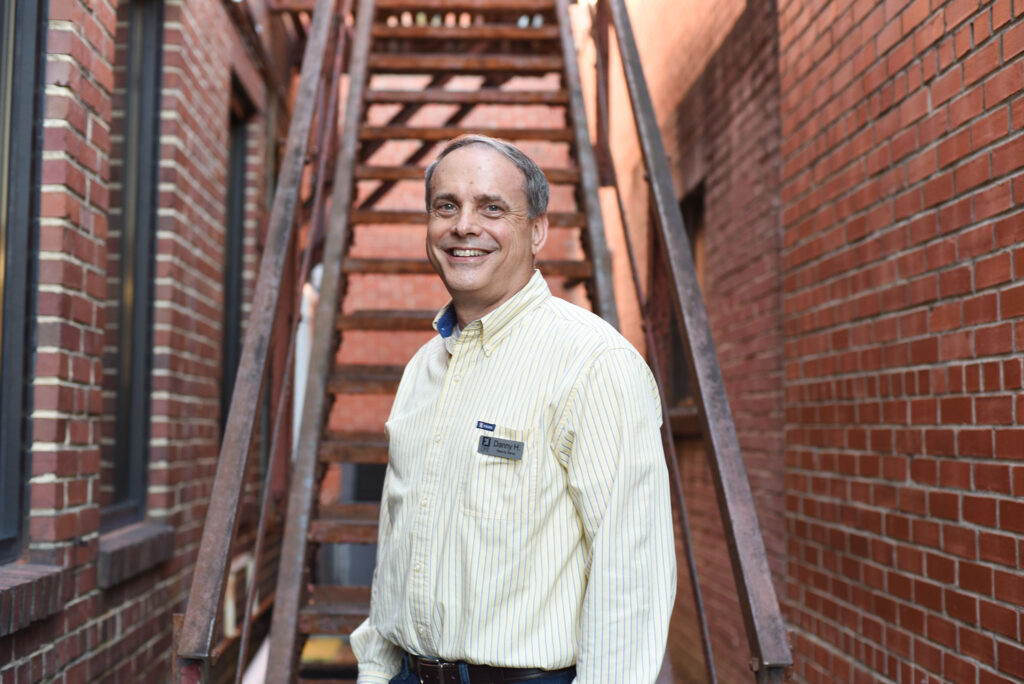 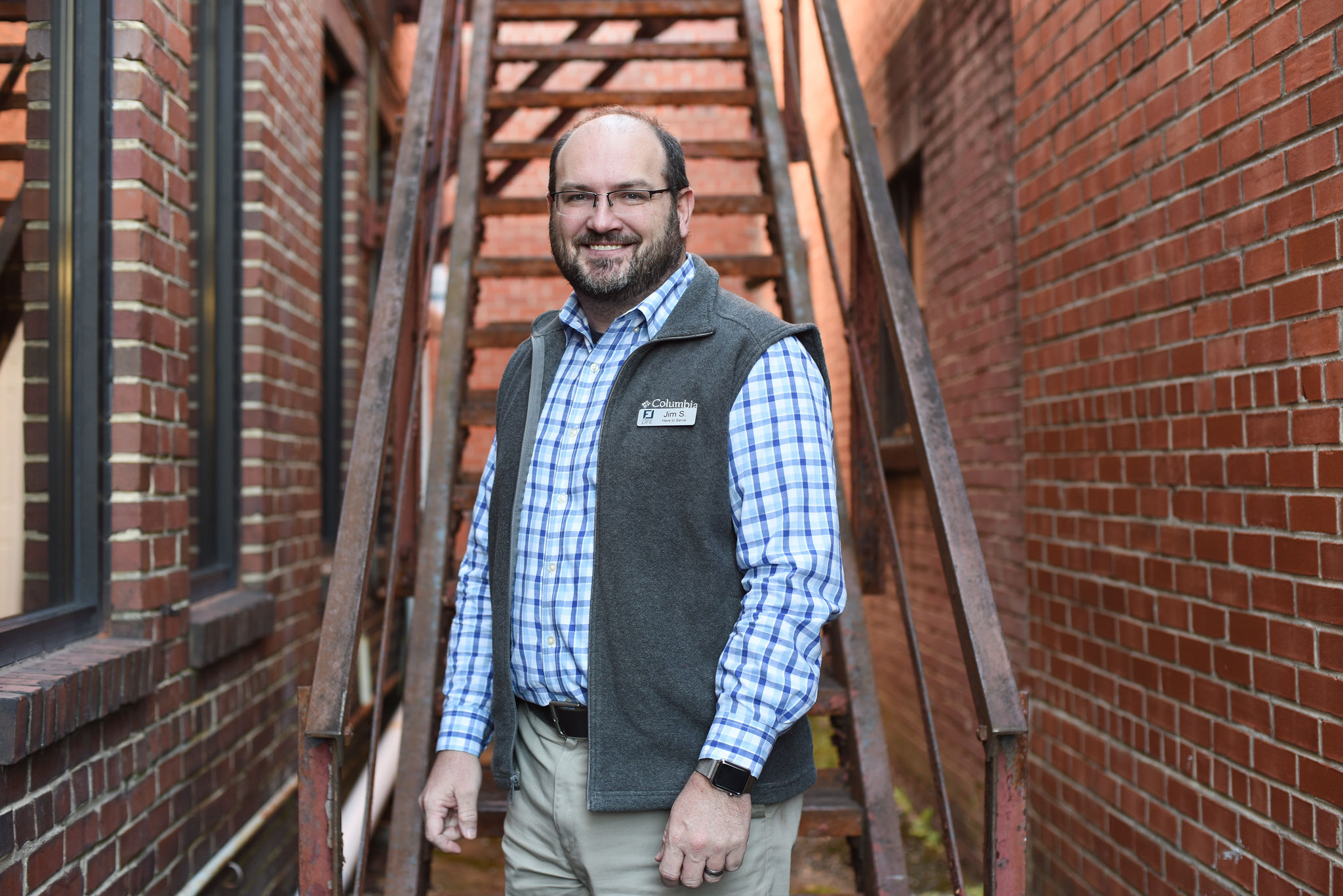 Jim is a fresh addition to the executive team at Freedom Life.   He is gifted in the area of encouragement and administration. Jim is passionate about bringing the region together by engaging them to focus on community involvement and values – a community collaborator.  Jim has excelled in growing and building strong ministries.  He has a deep love for local and foreign missions and has a very diverse and creative background in missions logistics.   Jim has served on staff for over 25 years in regional churches in the capacities of youth, music, administration, programming and worship arts.   Jim has been the executive director of a fine arts municipal auditorium, through revisioning, this organization saw excelled growth and revitalization.    These diversities will bring a freshness and creativity to the area of growing the development of Freedom Life.   Jim is a native of Brevard, North Carolina.   In his spare time, Jim enjoys outdoors, community involvement, camping and reading.

Lauren Wright comes to Freedom Life with an extensive business background.  She owned and operated 9 successful cellular offices on the east coast.   She is gifted in the areas of office administration and developing productive staff teams.   Lauren brings a fresh and unique approach to the staff development at Freedom Life.  Lauren has a passion to work in Celebrate Recovery and is an essential member at East Marion Baptist Church.   She loves to cook and has blessed the staff with some great meals.  We are glad to have Lauren on board. 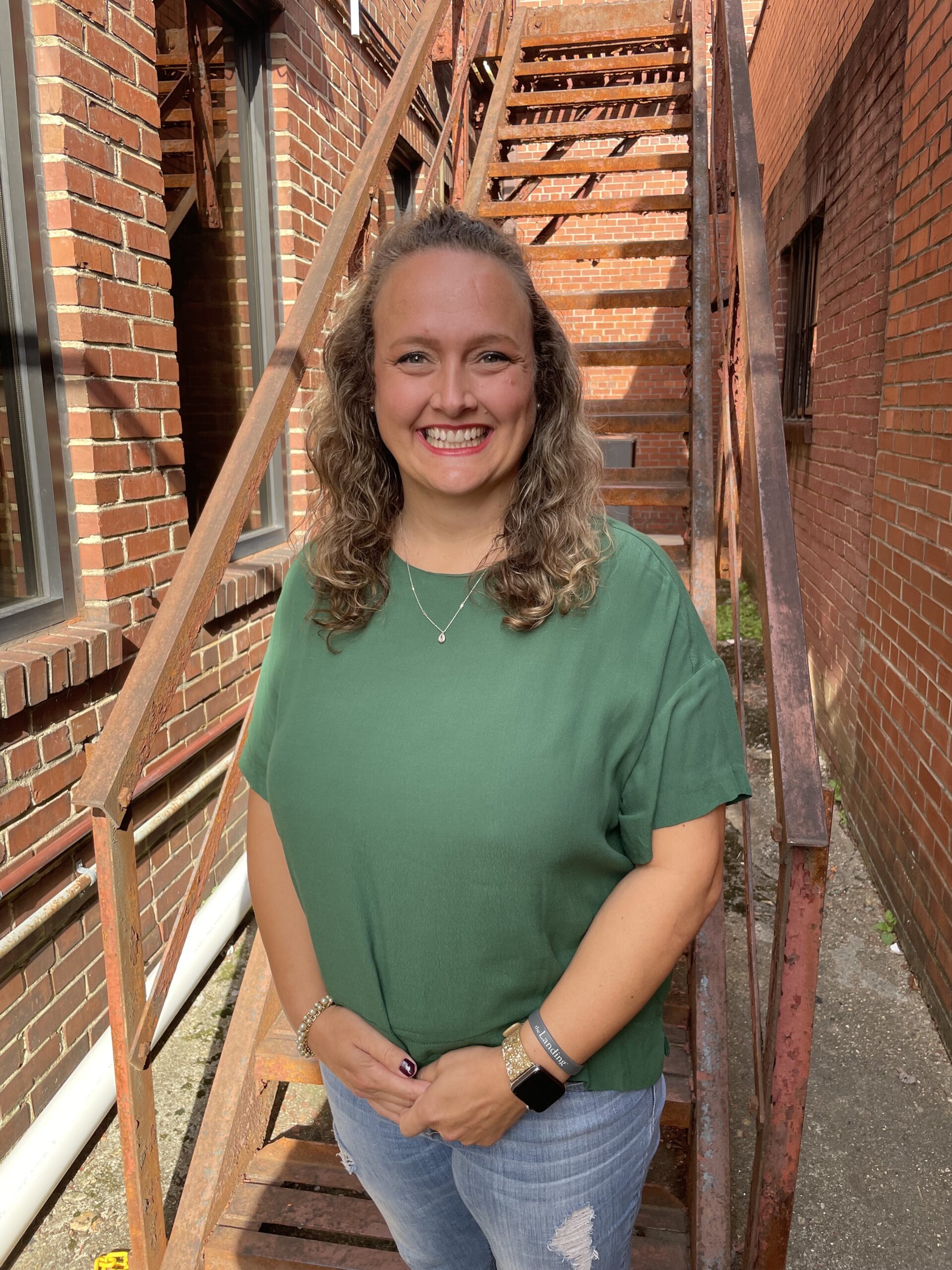 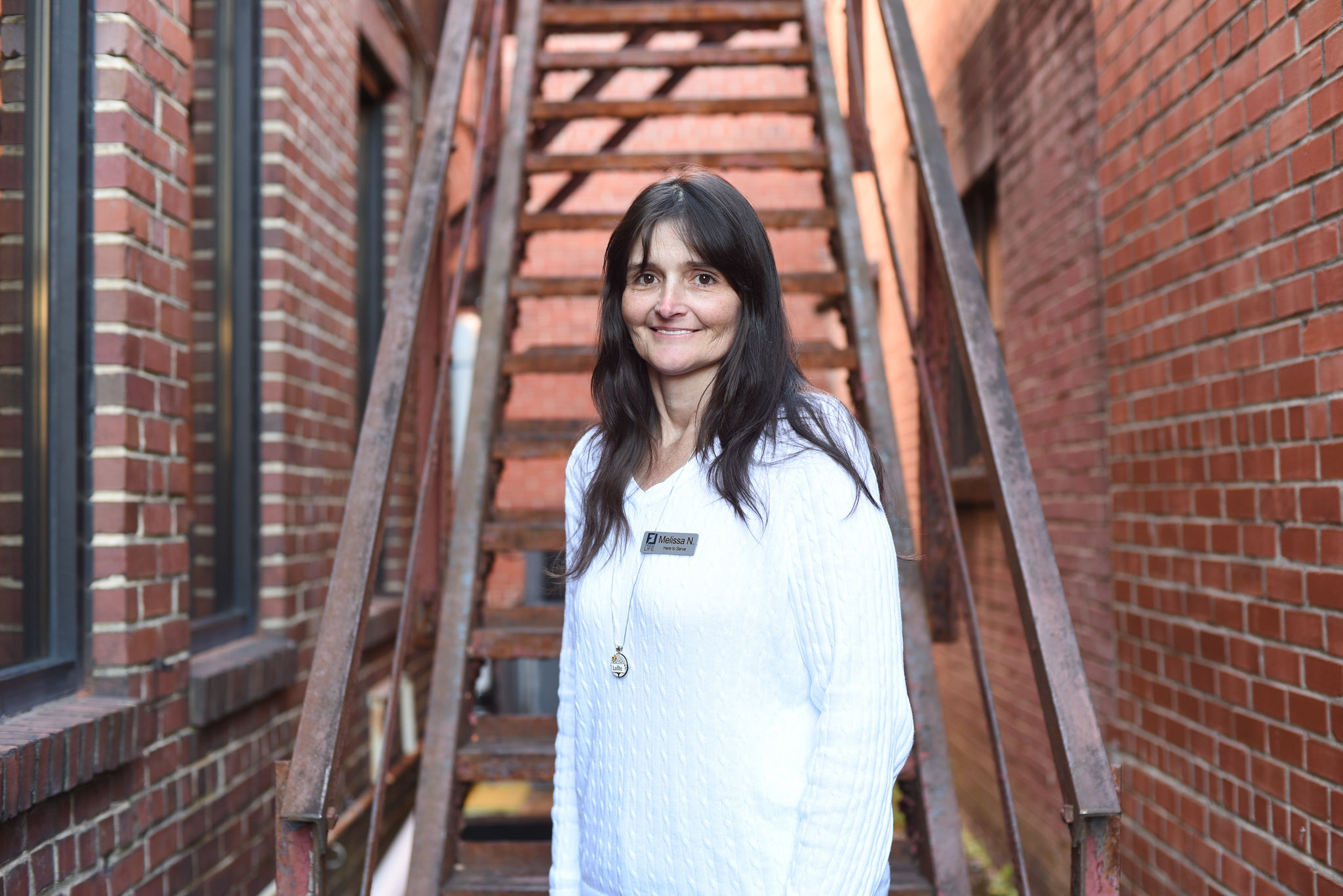 Melissa has called Western North Carolina home for most of her life.  Her professional career has been to serve the citizens of McDowell by working in the county office. Melissa has also worked as a volunteer with the DSS Child Services Department for many years, where she served as both a foster parent and also as a Guardian Ad Litem.  Her vast experience in Child Services has uniquely qualified Melissa to help FL clients whose children are in the DSS system.

​Melissa has served as a volunteer with FLM since its inception in 2013.  She has been working as a DSS Child Services Client Liaison and a Case Manager since 2014.

Melissa’s own personal journey with God through many difficult life experiences has given her a seasoned capacity to connect with and care for the clients she serves. Her hobbies include traveling, swimming, and shopping.

Kim has spent several years volunteering in her community. She is passionate about giving back and helping others live better lives through Jesus Christ. When you see Kim, you know that Christ lives in her heart. She is an advocate for women and has a desire to help them pursue their God given purpose. She is unapologetic about how she feels about God and the work he is doing in her heart.
Kim earned her Bachelors Degree in Business Administration from Gardner Webb University. She has over 20 years in office administration and will use her skills and knowledge to flourish at Freedom Life.
In her spare time Kim enjoys spending time with her family. She loves sports, cooking, singing and crafting.
The most important thing in her life, however, is to serve God. 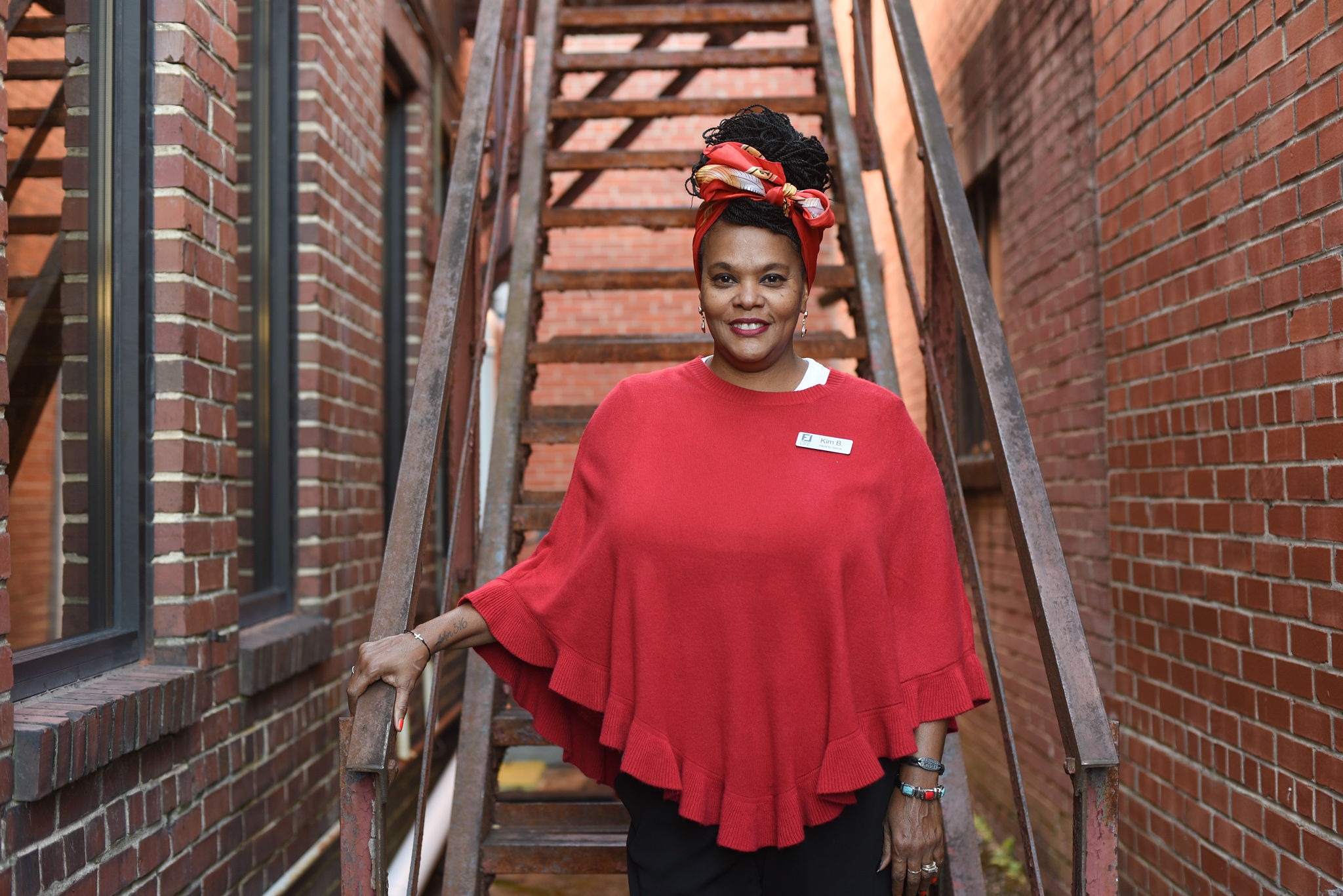 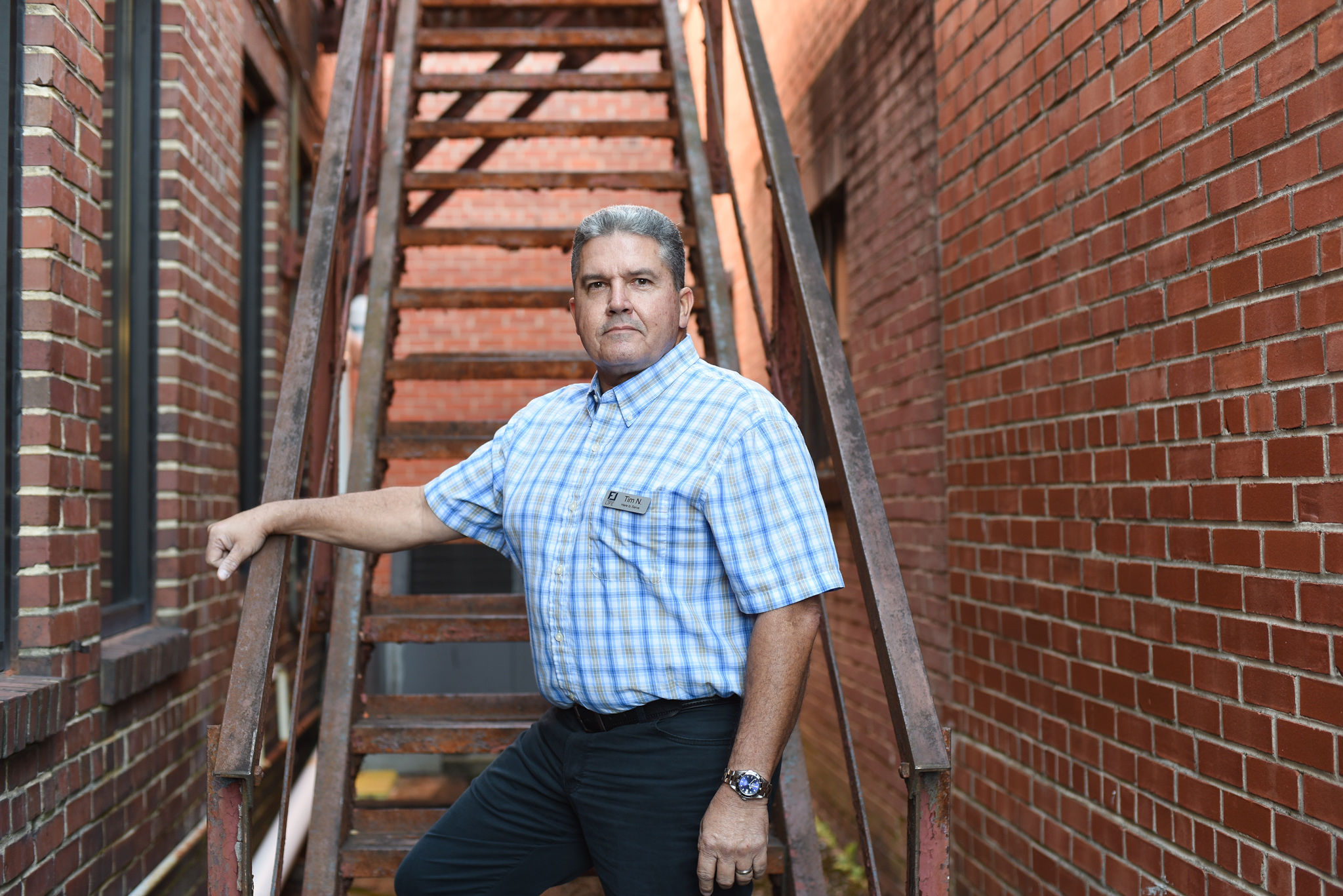 Tim is the first client Freedom Life served.  He has an amazing life transformation story.  Tim has vast experience in maintenance and plumbing.  He managed a Roto Rooter franchise.  He has also served as a Client Care Specialist.  He has great experience and effectiveness in identifying with and mentoring clients.

Melissa Marlowe is excited to be a part of Freedom Life. She worked for 20 years with LifeWay’s Ridgecrest Conference Center as an Administrative Assistant to the Director and also supervised the summer staff and volunteer programs. She has spent the last five years exploring other career opportunities as a NC State life, health and medicare insurance agent, a tax resolution specialist with Atkins & Associates and an instructor with McDowell Technical Community College GED program. Melissa graduated in 2015 from Appalachian with a degree in Communications, Advertising and a minor in Business.

She attends East Marion Baptist Church and leads the weekly Celebrate Recovery Program.
She has two children, Adam and Caycee and five grand-children.
She is thankful that God has led her to Freedom Life Ministries. 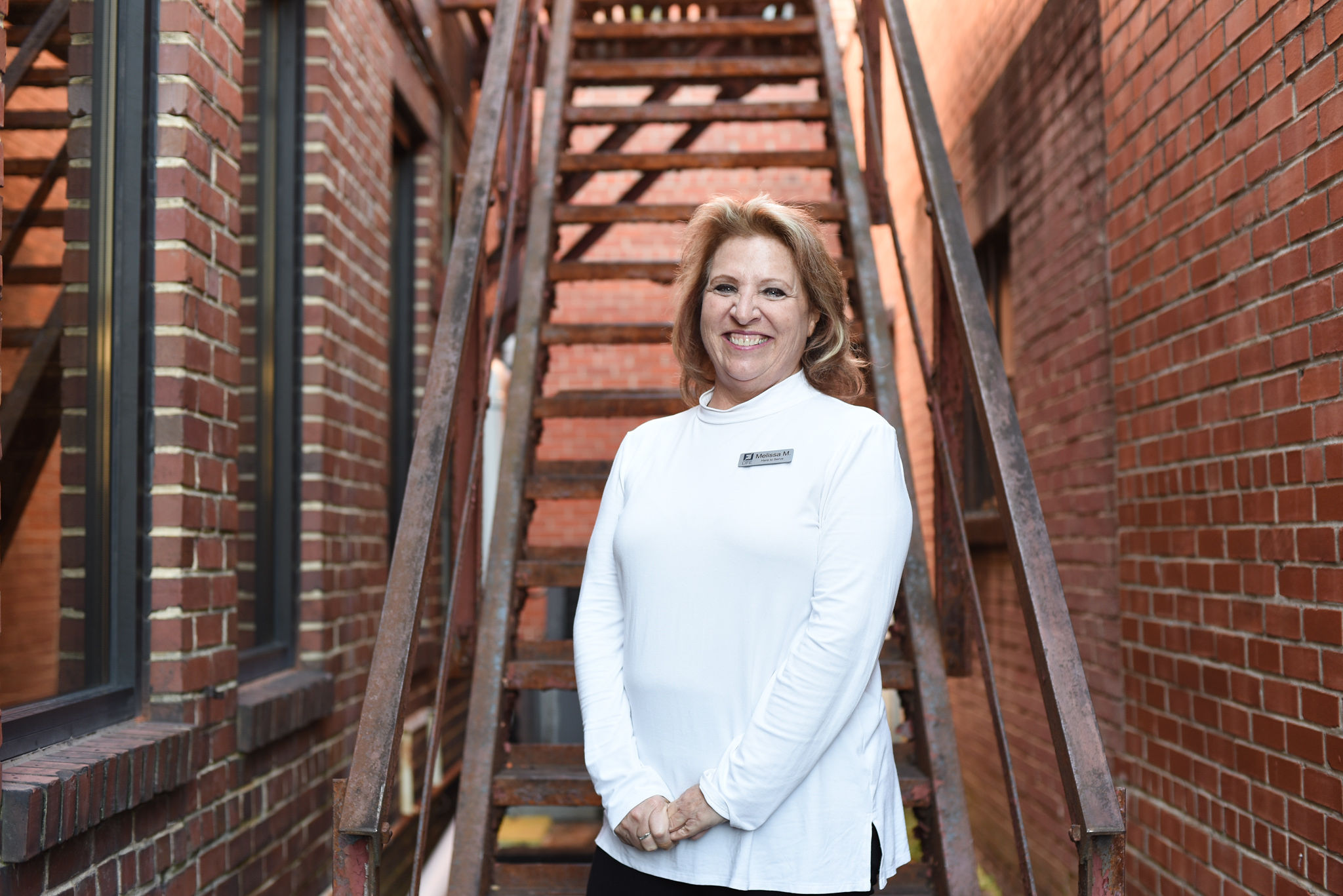 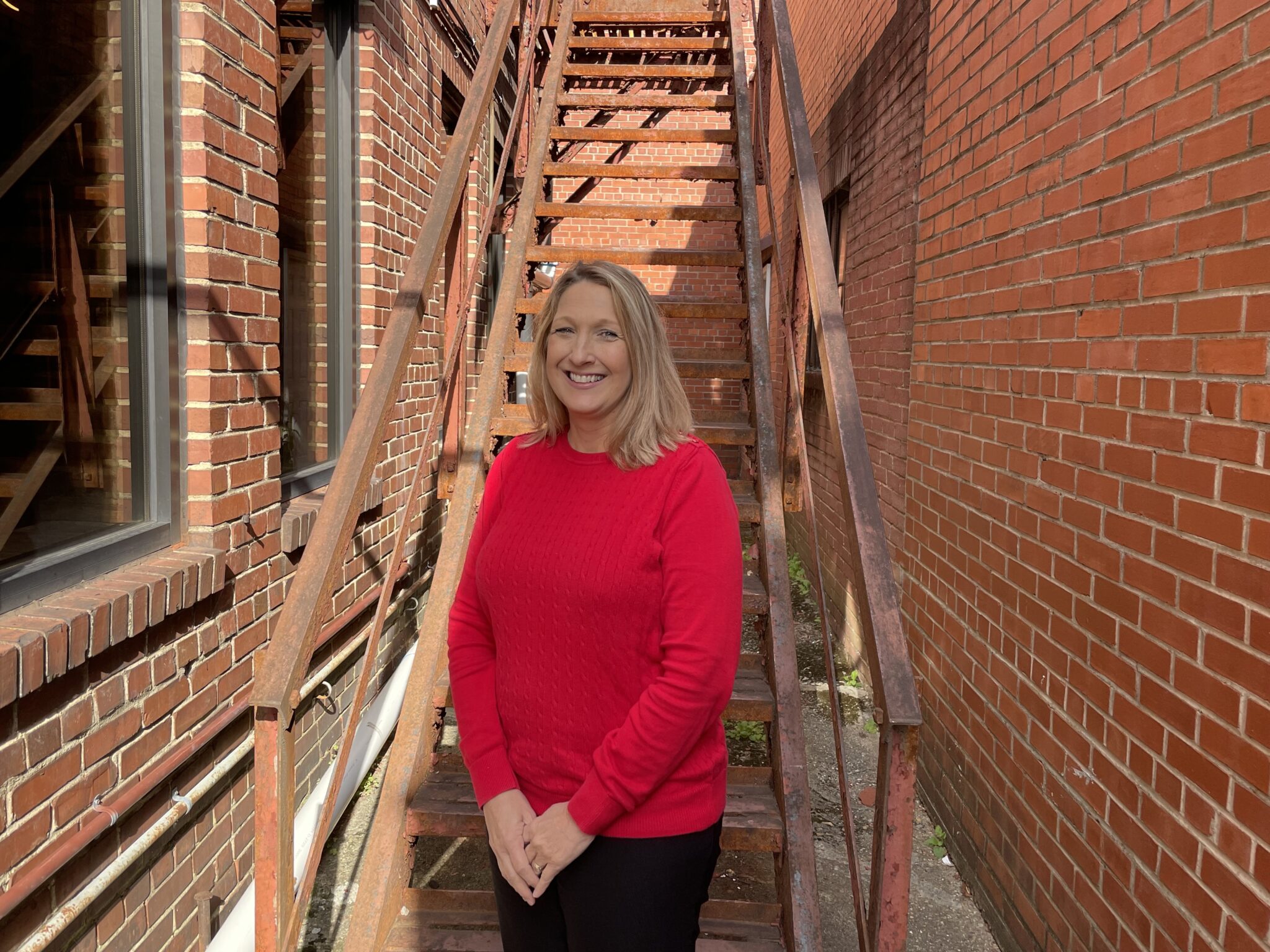 Regina is a McDowell county native.  She has an Associate’s Degree in Science from Western Piedmont.  Regina has been with Freedom Life since 2016.  She serves as the financial administrator for the Blue Ridge Community Care Services: a social security payee company that provides financial management for the individuals who require assistance in managing their social security or social security income payments. Regina also administrates the finances of Freedom Preasure Washing.   She is married to John for 34 Years.   Regina loves Freedom Life and the work it does for the community.

Kim serves as the Financial Manger for Freedom life, and is responsible for the accounting, receiving, forecasting, budget preparation, payments and payroll.  She joined Freedom Life in 2022.  She brings much expertise to her work as Financial Manager. 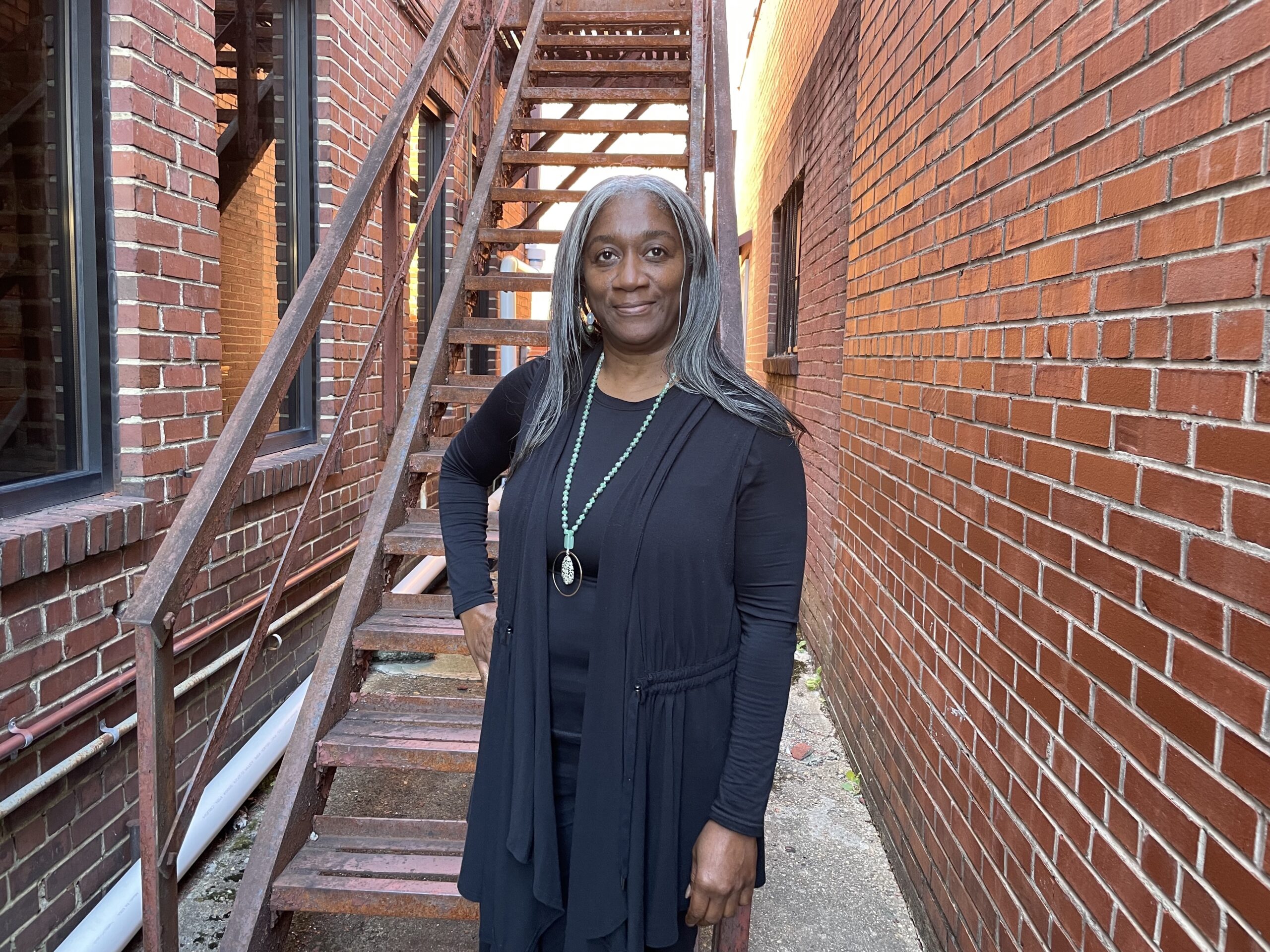 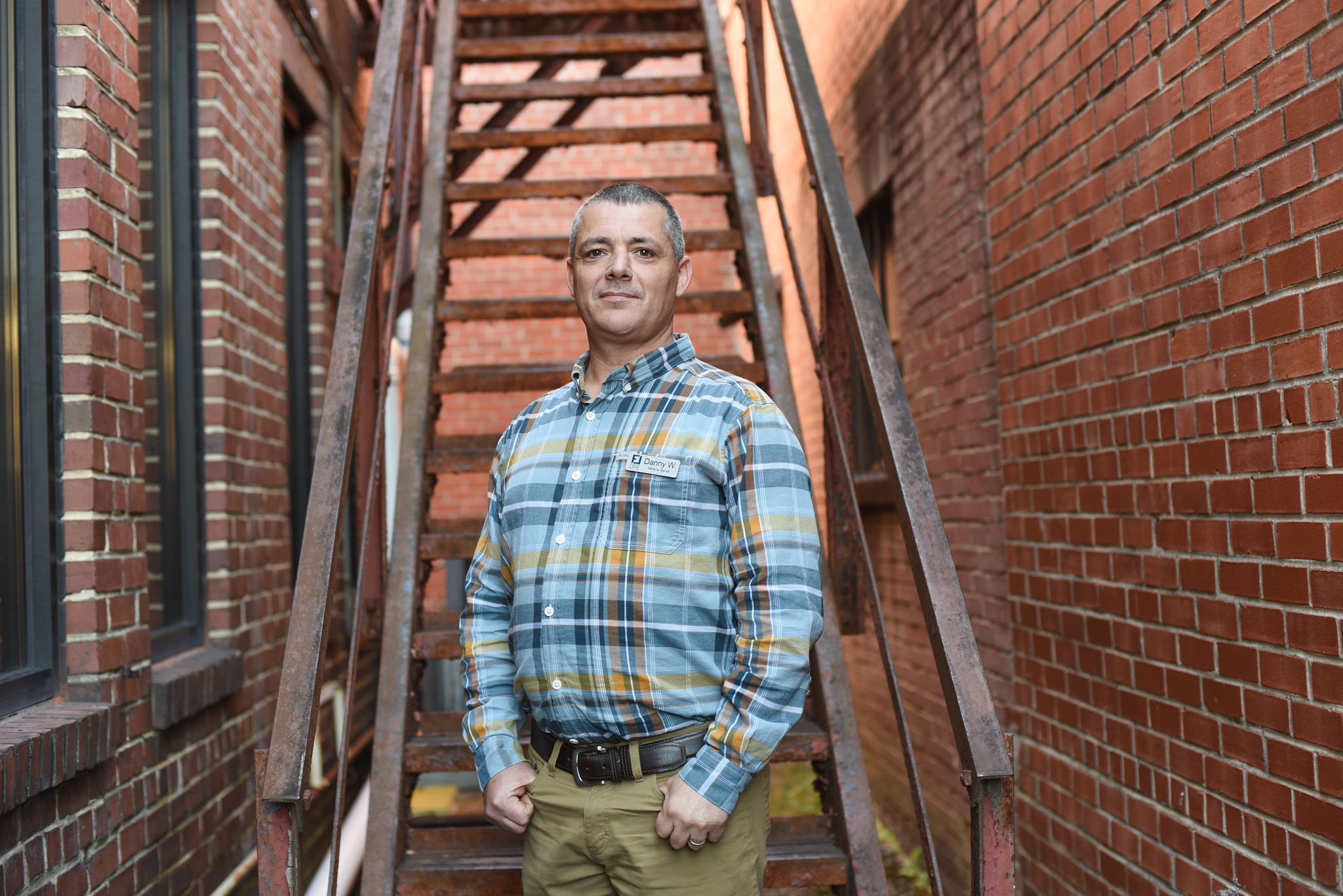 Danny serves as a crew leader for Freedom Pressure Washing. Danny also mentors clients in the work force develop program. Danny was a client with Freedom Life and has a strong heart to work with those looking for a new beginning.

Originally from South Carolina, Cindy has been part of the McDowell county community for over 10 years, which is also home to her extended family.

Cindy’s background includes family ministry and substance abuse counseling, along with over 30 years of support and service with her husband through ministry in Florida, South Carolina, North Carolina, Indiana, New Jersey and New York. She graduated from Meredith College and has a Masters of Divinity from The Southern Baptist Theological Seminary in Louisville, Kentucky.

Cindy is thankful to be part of the Freedom Life family and feels blessed to serve with such deeply committed people who have a passionate love for God and our community. 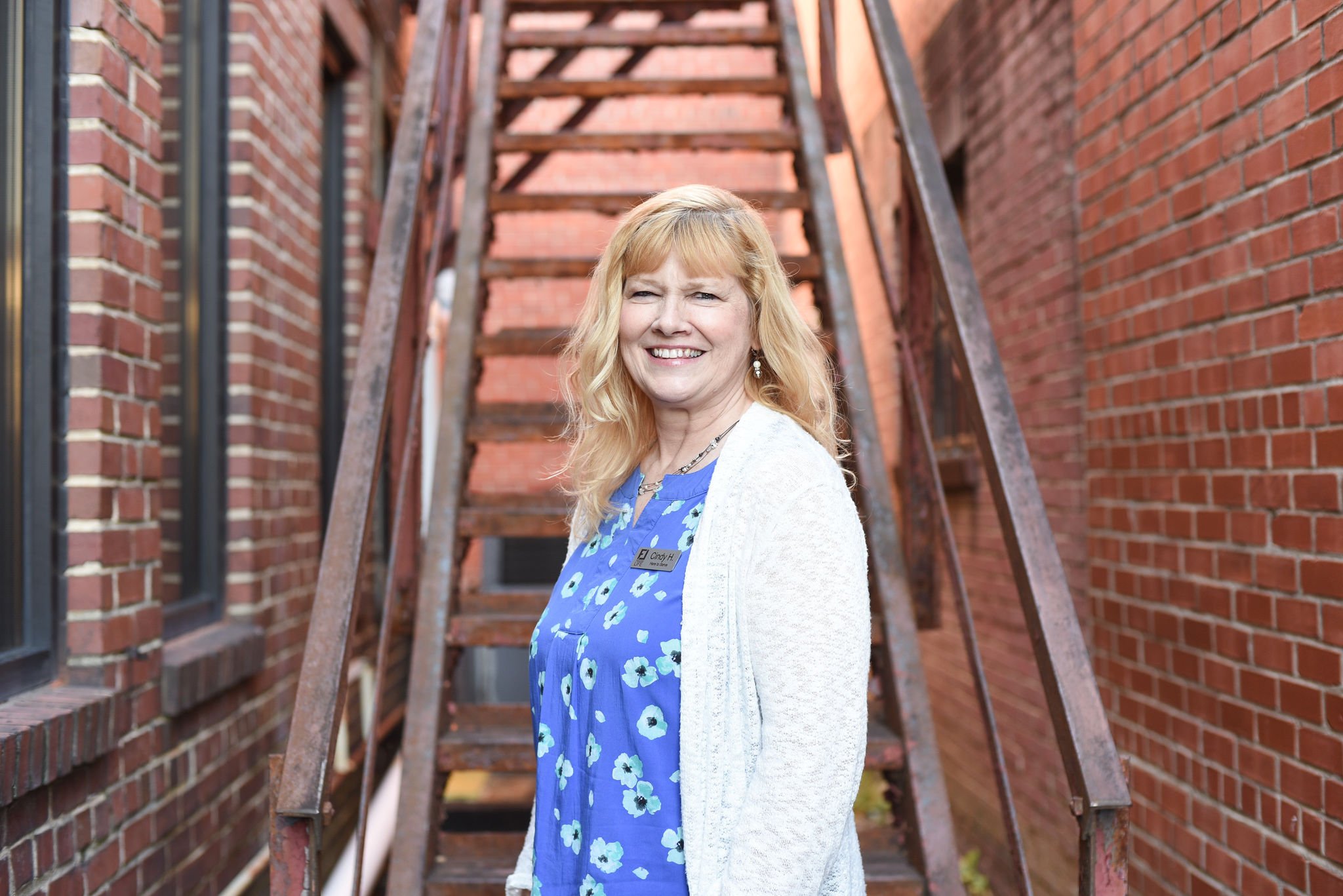 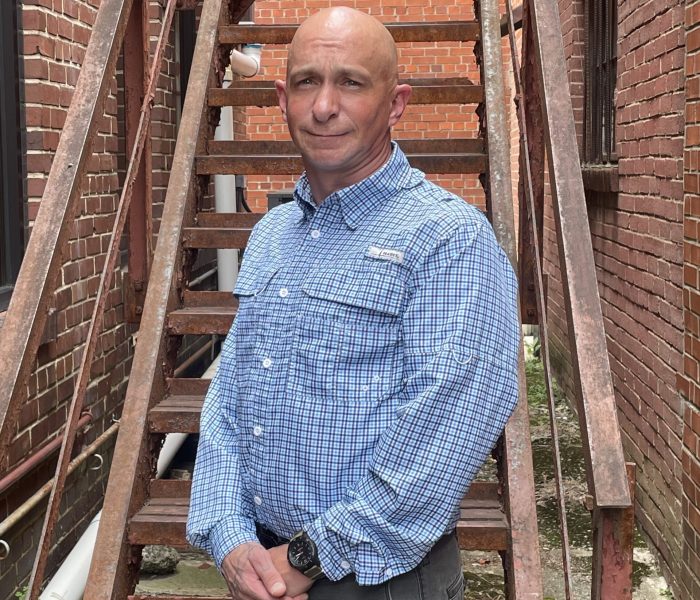 Jason serves as the liaison between Freedom Life and McDowell County Jail.  He helps to coordinate and facilitate pre-release programming that prepares incarcerated men and women for reintegration back into the community.   From there, he also helps coordinate working as a case manager with men and women whom have been incarcerated.  Jason was a client with Freedom Life and has a strong heart to work with those looking for a new beginning. 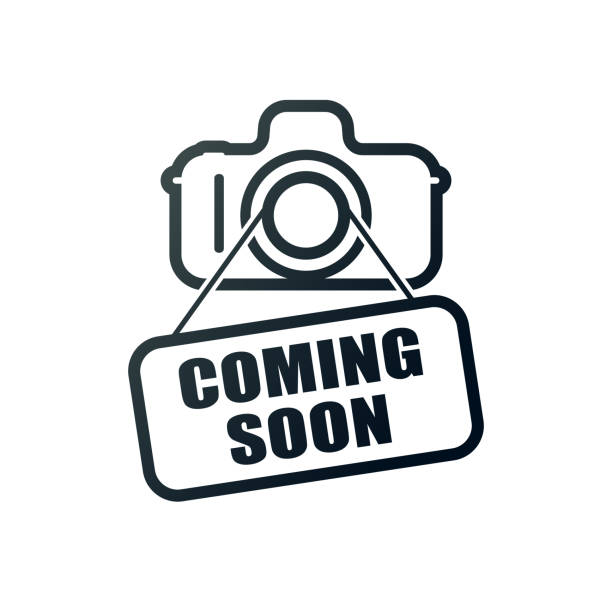 In late 2022 Melanie began building the foundation for Freedom Life to open in Avery County in January 2023. More Info to come. 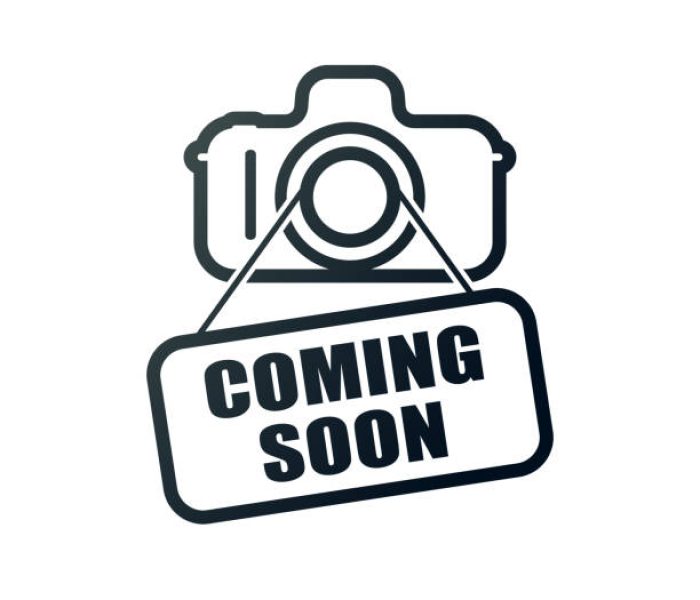 Sign up to keep up with what's happening at Freedom Life

Keep in touch with the amazing things that are happening at Freedom Life.

Freedom Life restricts overhead or indirect costs to 10% or less in all contracts to any associations, institutions, or governmental agencies (such as health departments/districts, state agencies, colleges and universities). This includes executive oversight, accounting, grants management, legal expenses, utilities, and facility maintenance.